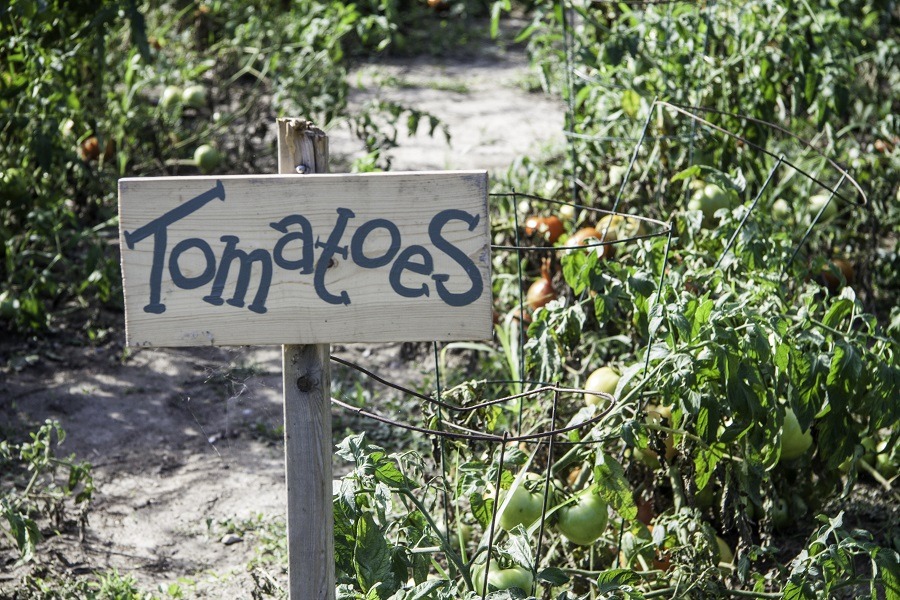 Hey everyone, Escarpment here. As the gardening season comes to a close, I thought I’d like to share a little bit about what we grew in the Kintail Garden this summer. All in all, it was a very bountiful year for the garden, despite the mid-summer drought. The harvest started as early as mid June, when we began to have garden lettuce, kale, and spinach for the salad bar at lunch and dinner almost everyday. The greens lasted through July, when we also began to have cherry tomatoes, swiss chard, bush beans, radishes and snap peas. We also had a few strawberries and raspberries in July from plants that were new to the garden this year. In August there were tomatoes, climbing beans, summer squash, bell peppers, sweet corn, jalapeno peppers, onions, beets, zucchini, cucumbers, and potatoes, many of which lasted well into the fall. My personal favourite pieces of produce were the peppers, which do well in hot dry summers such as this one. The green peppers were sweet, crunchy, and refreshing and tasted excellent dipped in hummus. The hot peppers were especially spicy this year and were a great accent to many dishes! All in all, being garden director was a very rewarding job for me this summer, as there was almost always something from the garden on the tables. The garden helped the environment by cutting down on food transportation and processing, saved money, and tasted great, and I hope you’ll all come try something from it next summer.