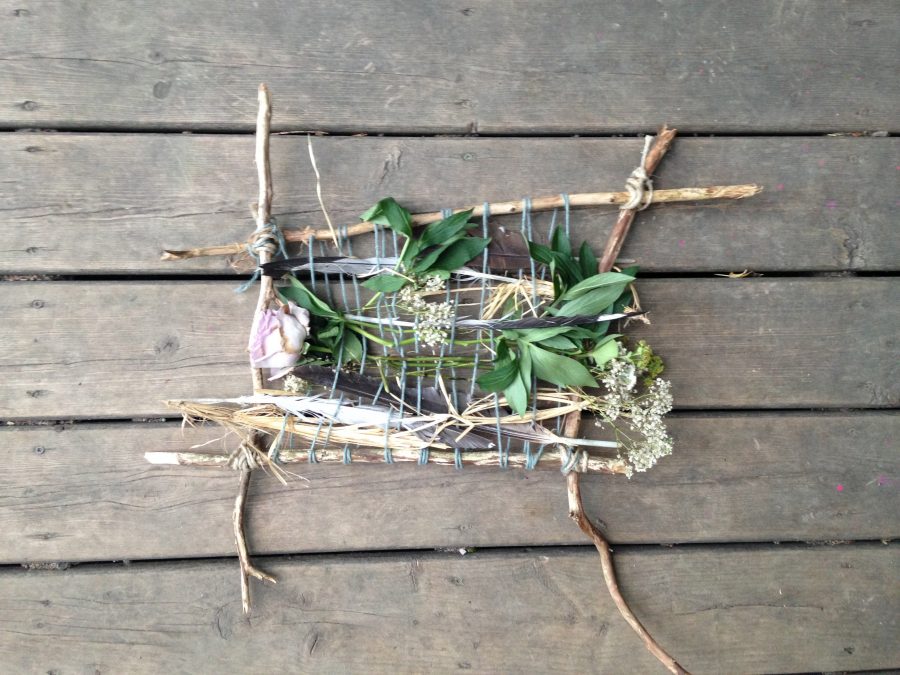 This past summer, I decided to try out making nature looms as part of some nature sessions. Looms were traditionally used in making clothing and various other forms of textiles, where cloth was weaved together in between a frame. Nature looms are pretty much the same concept, however, instead of weaving cloth together, natural materials are weaved in between a zig-zag pattern with yarn instead. We had some interesting results with campers and they were able to have full ownership and take on creative liberties with their looms. I really enjoyed being able to combine elements from nature with a somewhat traditional clothing making process and it encouraged campers to observe their surroundings a little more closely than they normally would while they searched for items nearby. The finished results varied from camper to camper, depending on what they chose to include in their loom. The beauty of this craft is its simplicity, all you really need are sticks and some string, so really anyone who has access to a backyard or wooded area can try making one! 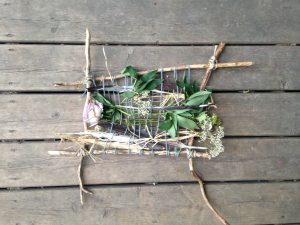