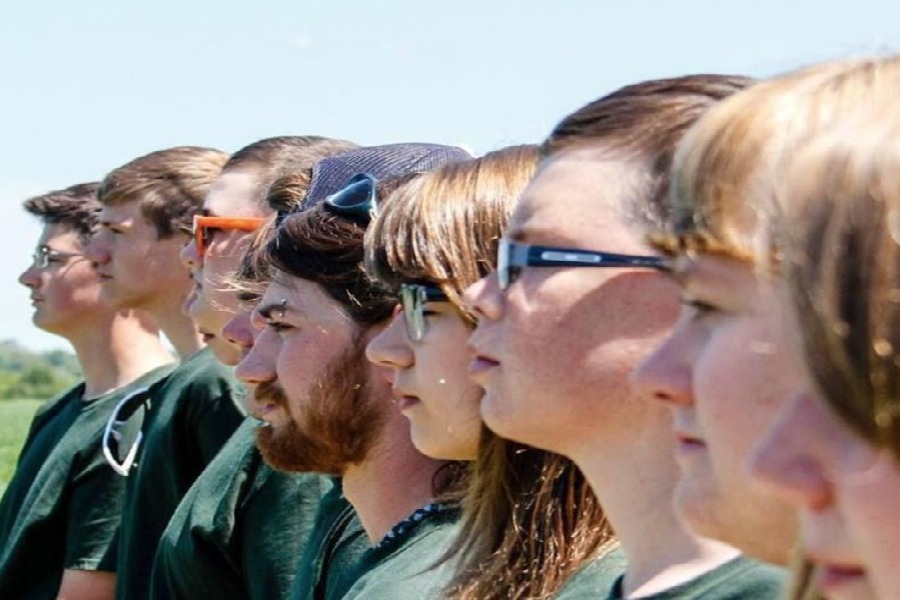 This year I spent my time working with both the July and August Lits. It was a wonderful to be able to see individuals in both July and August become cohesive groups. One of my favorite moments from July was when Liatris and I were able to give the Lits their certificates of completion. This was special because there were only about thirty people on site including the parents of the leaders. It made for a very intimate and personal closing campfire. I also liked being able to open the box for the new Lit Shirts. While I had seen the designs before, opening the box was the first time that I had seen them in the flesh. It certainly was a novelty being able to wear these new shirts for our Lit photos. During August, one of my favorite memories happened on trip. I will admit that I did get a little turned around on a side trail, but I feel that it was worth it (even though not all did). We hiked the Maitland trail which took us past the Ben Miller Inn and Spa. It took self-control to keep to the trail. During August, the August Lits also spent plenty of time at arts and crafts making all sorts of neat things such as paper beads, cabin signs, and tie dye. In short, thank you to both groups for your willingness to learn and to be taught.

Lits I want you to seek excellence within the school year. You have been equipped to stand head and shoulders above the rest and I know you will succeed. Stay safe, you all mean a tremendous amount to both myself and Liatris. Take care and I’ll see you all at Christmas.