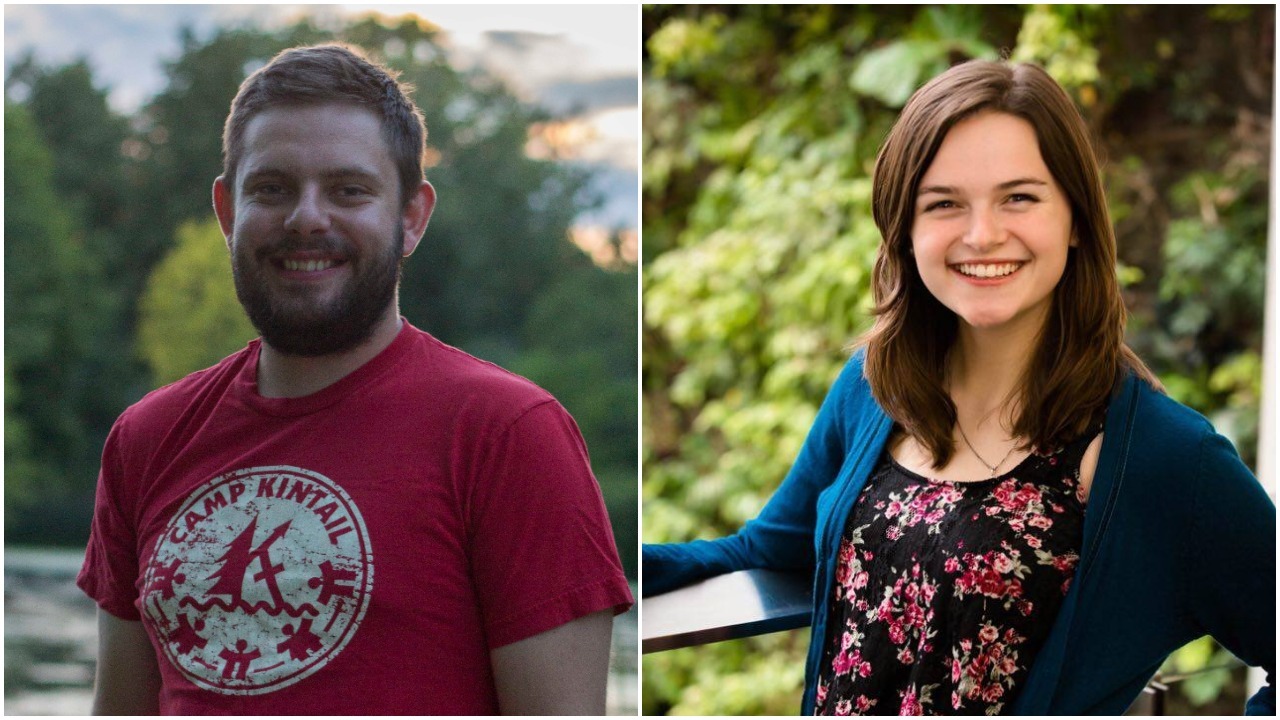 It gives us great pleasure to be able to introduce to you the newest members of the Kintail year-round staff. Some of you may recognize these two already and we are extremely excited to welcome back Crash and Zucchini. Here is little bit about them:

Alex first attended Kintail in 2002 where he fell in love with the community and camping ministry. Alex went on to serve for five years as a seasonal Camp Kintail staff member as a Counsellor, Program Director, LIT Resource Counsellor, Social Media Manager, and as the Assistant Director in 2014. Alex has also served in a number of other youth ministries and has been an executive of Presbyterian Young People’s Society (CNOB) since 2012, and served on the Canada Youth 2012 and Canada Youth 2014 planning teams. Alex’s other passion is filmmaking and he holds a Bachelor’s Degree in Film and Media Production from Humber College. Alex most recently spent part of the 2016 summer season at the Cairn Family of Camps working as the part-time site manager. Alex looks forward to being a part of the exciting growth and meaningful ministry at Camp Kintail!

Holly first went to Kintail as a Sprout in 2001 and has been coming back ever since! After completing the Leader and Training Program in 2010, Holly worked as a counsellor, Music and Drama Director and Kintail on the Road Director. Holly has been involved in a number of youth ministries in the Presbyterian Church in Canada, including Canada Youth, General Assembly as a Young Adult Representative, and Presbyterian Young People’s Society (CNOB), where she is currently the President. Holly is a soon to be graduate of the Honours Bachelor of Applied Science in Psychology Program at the University of Guelph-Humber, and plans to pursue seminary and psychotherapy in the future.

Join us in giving a warm welcome to Crash and Zucchini as Kintail’s newest year-round staff members. Crash will start this Fall while Zucchini will start in May 2017. We are excited to see how they will contribute to the growth here at camp and how their vast array of skills and experience will be used to the betterment of the mission of Camp Kintail.