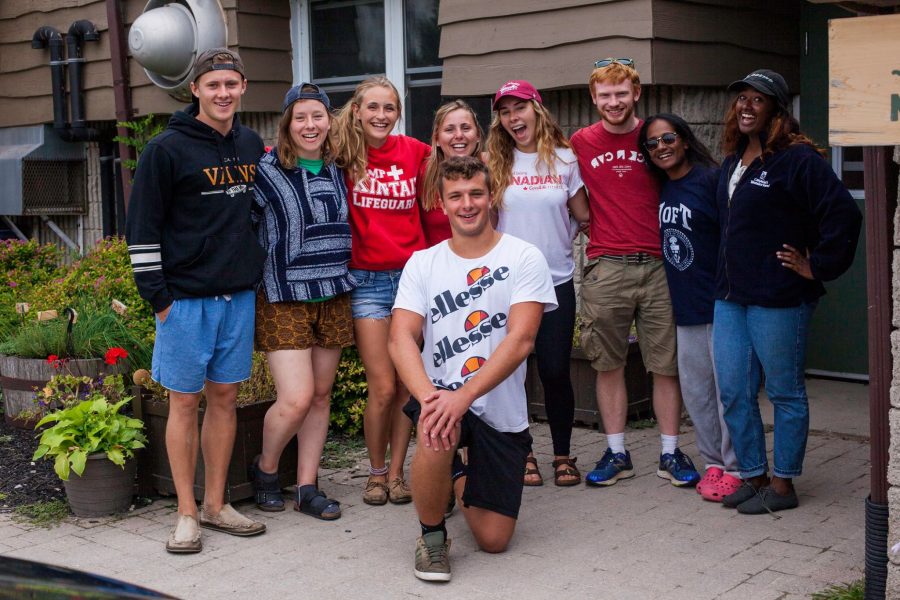 If you visited Kintail this summer, you may have heard some strange sounding voices compared to other years. For the first time, we were proud to partner with Nyquest, an international placement program based in Toronto, to bring some new faces to camp. This partnership was a resounding success and the international staff that joined us this season were welcomed warmly by the Kintail community.

As someone who originally came to this side of the world through an international placement agency, I was more than delighted to kickstart the process of hiring international staff and bringing them to Kintail, so that they may have the same cultural exchange that I was able to experience many years ago.

The process began in February of 2017, as we sat around the table during one of our weekly meetings. I then decided to do some research on Nyquest and see if this was a worthwhile endeavor. After a few calls we decided we would go ahead and make this happen. Throughout the spring I was delighted to spend some time interviewing these applicants and hearing some familiar accents. In the end we settled on staff from England, Scotland, Northern Ireland, Germany, Spain, and the Netherlands. We of course had some visitors from the US and our long time friends from the Netherlands (Shiba, Rakka, Agnes, and Babette) visited for a short time.

Camp Kintail has continued to experience growth in program, site, and impact in the Synod of SW Ontario. Now we realize that there is an international growth which we are experiencing. We are grateful for the staff who travelled so far to be with us this season and took brave steps to coming to a place that was unfamiliar, without knowing anyone, and contributing immensely to this ministry. We look forward to welcoming our international staff back next season and hope that they bring a few friends along with them.