How Camp Has Helped Me Grow by Lobster 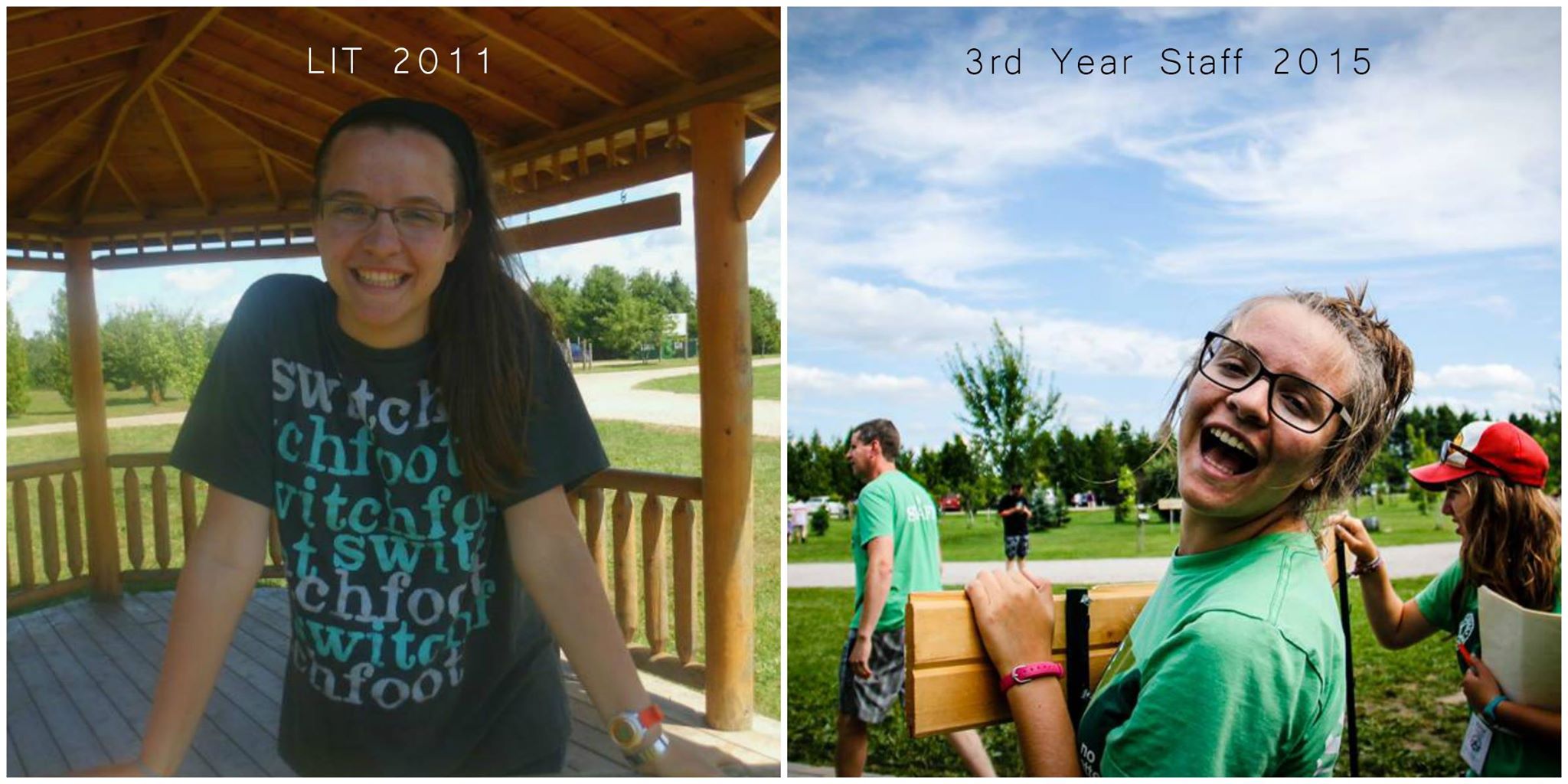 When I started coming to camp in 2006 I was your average 10 year old. I was quiet, did what I was told, tried not to take up too much space or talk too much. I was nervous going to camp, scared I wasn’t going to make any friends; I was scared of being too different. I remember knowing that my favourite colour was blue, but I told people it was pink because that’s what I heard most girls my age say.

Throughout the years I slowly became more comfortable around people, and camp was an incredible way for me to come out of my shell. The friends that I made as a camper were some of the most important in me becoming someone I was comfortable with and someone who was comfortable around other people. However even as an LIT I was still quiet, nervous about being too loud or stepping on toes, and scared of being noticed or sometimes even thought of.

In the years in between LIT and now so much as happened in my life. I was diagnosed with depression and an eating disorder. I went to university, made new friends, changed my major seven times, and finally settled on one. I moved into a house with some of the most amazing people I know. I’ve gone through treatment, therapy, and doctor’s appointments. And through it all camp and the people I’ve met through camp have been by my side, supporting me and loving me through everything.

Fast-forward 9 years from that first summer and I’m on Program staff in my third year. I think people will tell you know that I have no problem being quite loud. I take up as much space as I need because I know now that as a person I deserve to take up space, I deserve to speak my mind and I deserve to continue to grow. Camp has been my saving grace through so many things. It has helped me grow is pretty much every way possible, and I hope it will continue to for many years. Also, you’ll be happy to know that how I have a favourite colour that I’m proud of: sparkle.