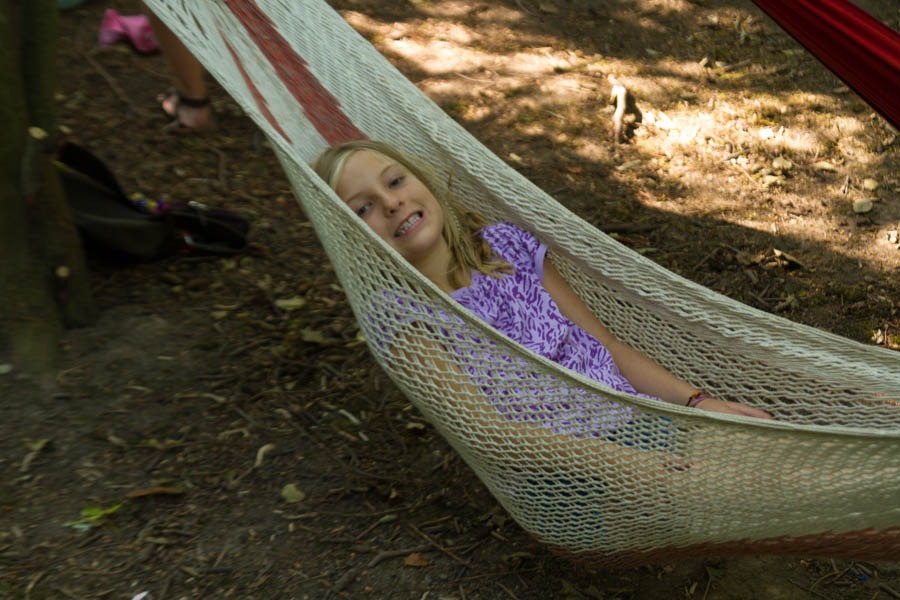 Camp Kintail is a magical place, full to the brim with hidden secrets and mysterious traditions. To the inexperienced, this can seem intimidating and exclusive. So I’m here to unpack just a few of these aspects of Kintail… so shhh!

To long time campers, the Tree House is often a favourite secret-but-not-so-secret Kintail spot. Located in the cedar forest just off to the left of the beach stairs, it’s a great place for a cabin to listen the waves and the wind in the trees, have FLASH, or even an overnight camp-out.

If you go even further past the Tree House, all the way to the edge of the forest, you’ll come across a replica of the Iron Throne of Westeros, constructed out of branches by Talus (responsible also for the Hammock Villages and many other installations around site) in the spring.

This year, a second hammock village was installed in between the Snail Trail and Tumbleweed. While smaller than the first, it’s just as relaxing to spend a down and out in, or just read a book on your time off (as I have done many, many times).

Played a minimum of one week a summer since 2007, the Rock Paper Scissors Championship is exactly what it sounds like – a camp-wide RPS tournament, eliminating all players until only the top camper and top staff remains to do battle on the final day.

Out in the garden, almost hidden in plain sight, is one of my favourite Kintail secrets – The Rebar Tree. It’s a tree made of rebar – and that’s the beauty of it. It can be whatever you need it to be; a cool art project to point out on site tours, a meeting place, or somewhere to hang ribbons with prayers written on them, as I saw one cabin doing after FLASH. The most important thing to remember about camp traditions and secrets is that they’re as magic as we make them; they don’t need to be secrets in order to be special.