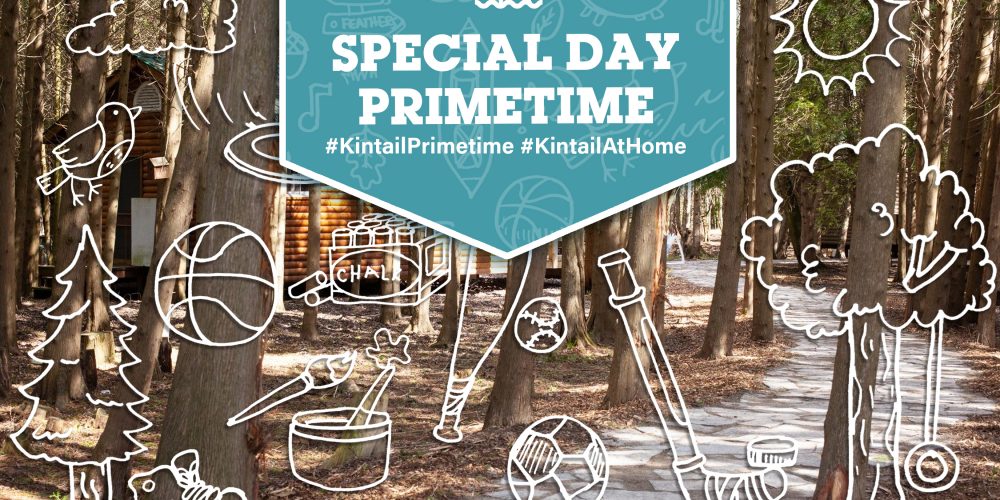 Primetime is one of the best times of day at camp- now we’re bringing it to you at home! We’ve compiled a list of camp games that we think can work for families of any size! Some are traditionally for smaller groups, while some have been adapted (i.e. Gauntlet!). Explore to see which ones will work best for you and your household and be sure to take a team photo. Maybe you have teams dress in neon, maybe you get some bandana’s and face-paint. Make the night memorable and share with us using #KintailAtHome and #KintailPrimetime! Stay safe and have fun! 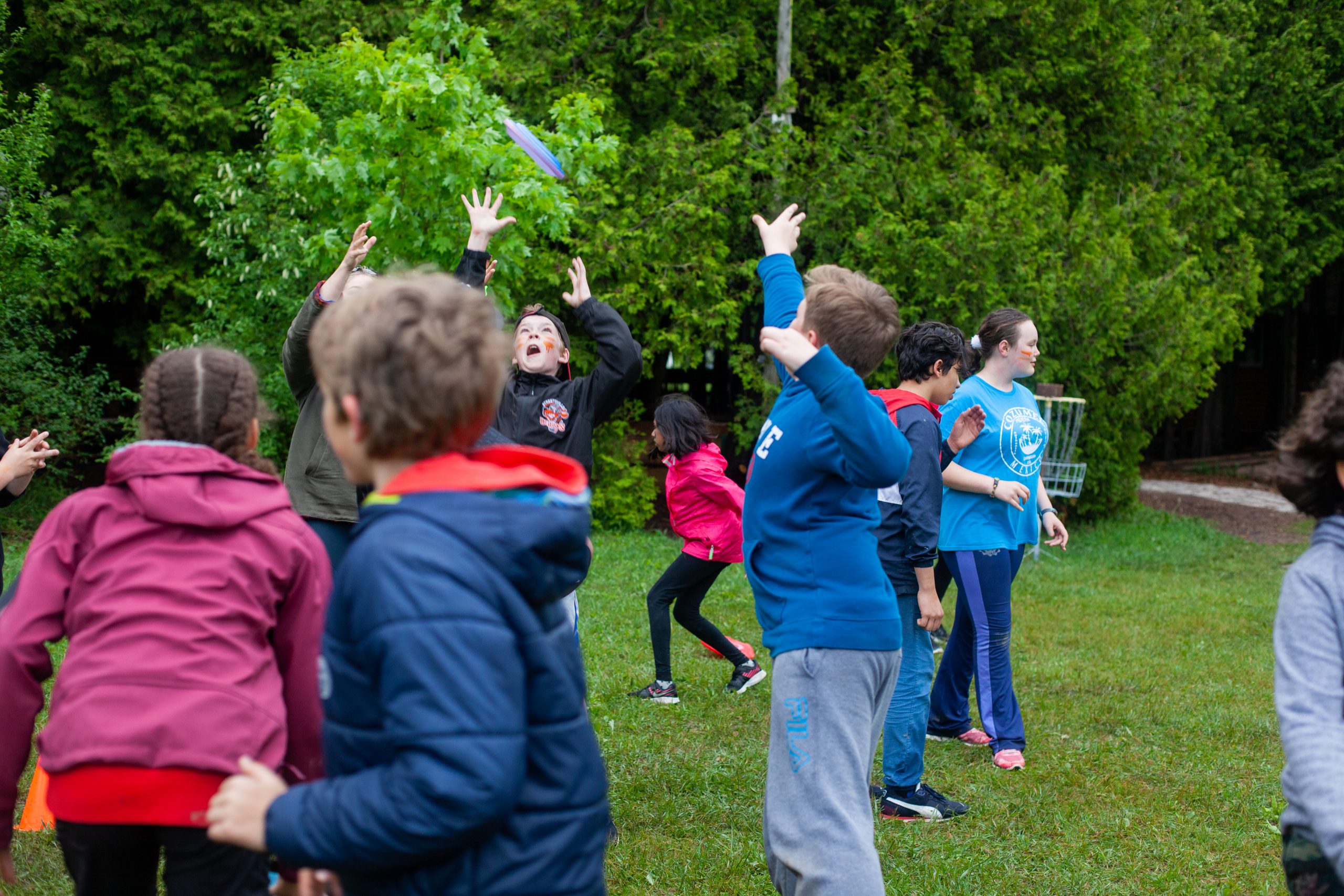 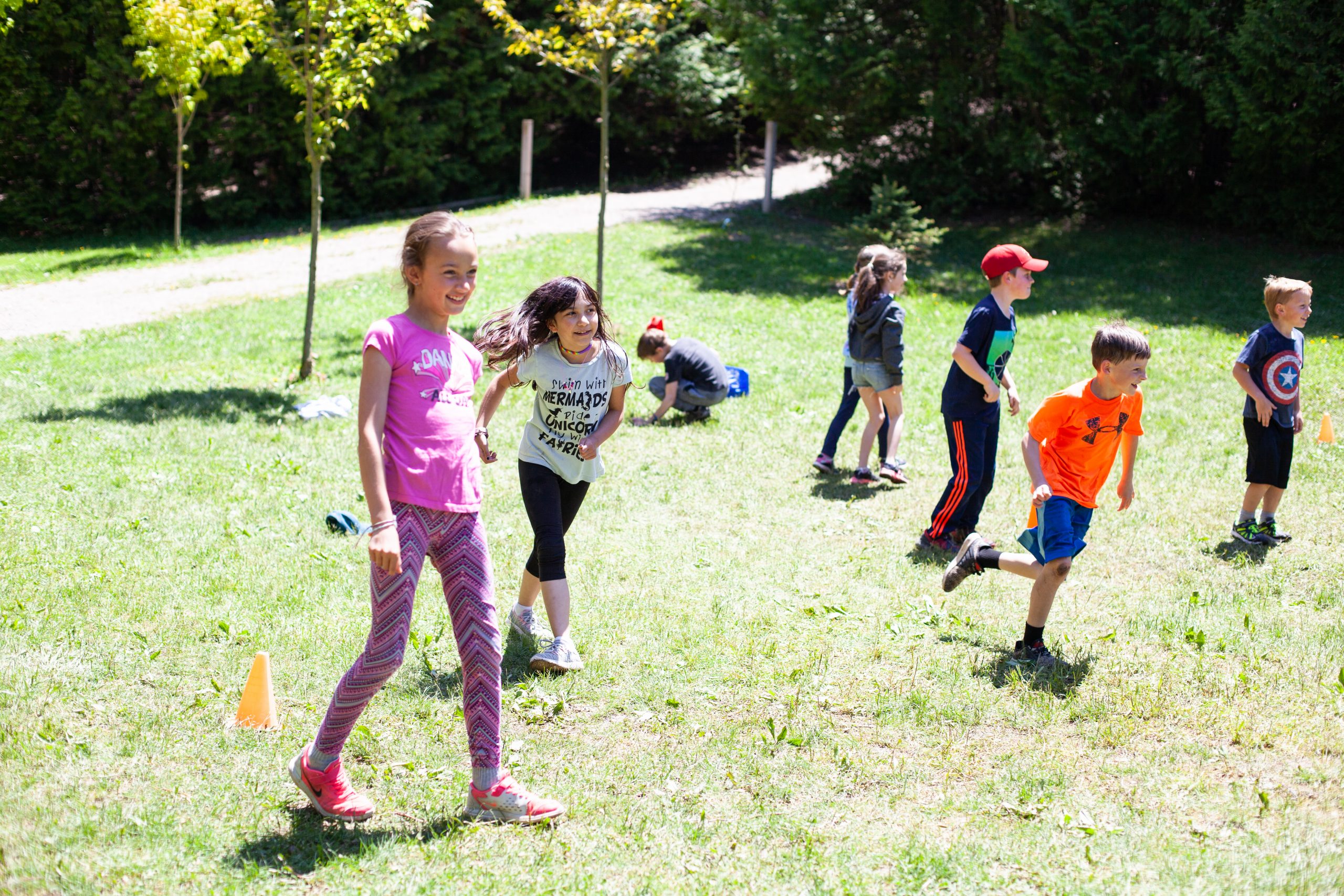 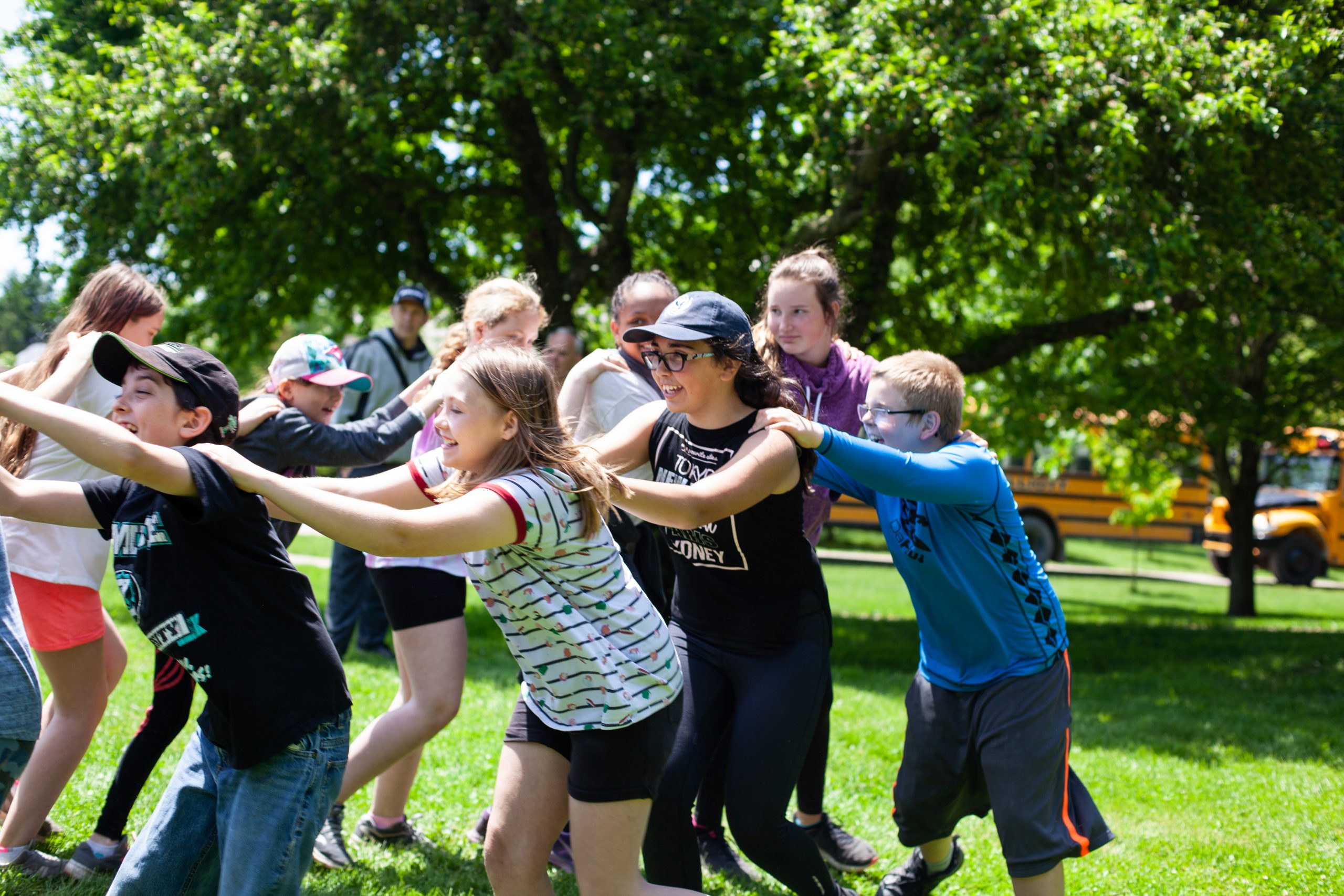 Time to test your stealth mode! May the best sneaker win!

Materials: keys (or another small object of your choice), metal bowl, chair, rolled up newspaper or pool noodle

How to play:  Put the keys in the bowl under the chair. Everyone makes a wide circle around the chair. One person is blindfolded, and sits in the chair, armed with the newspaper/noodle. The blindfolded person must defend the keys! Everyone takes a turn trying to sneak the keys out from under the chair without being noticed/hear. If the newspaper/noodle hits someone that person is either out, or sent back to start again. The objective is to sneak up and get the keys from the bowl, back to the starting area, without being hit. The successful sneaker gets to be the next person blindfolded.

This epic no-prop game may only take 5-10 minutes at a time, but believe me when I say you’ll want to play all afternoon (I’ve seen it happen)!

Materials: Spray bottles (or squeeze water bottles, sponges, the hose), objects to collect, something to mark the “safe zone”

How to play: The objective here is  to get from one end of the playing field to the other safely and to retrieve items from the other end. Along the way there are people (parents?) with water squirters (or throwing sponges, or with the hose)  who, if they get you, will make you go back to the safe zone and start over. If you get caught with an item, they will take it and put it back! See how many objects you can get over a certain time period, or play until all the objects have been retrieved! 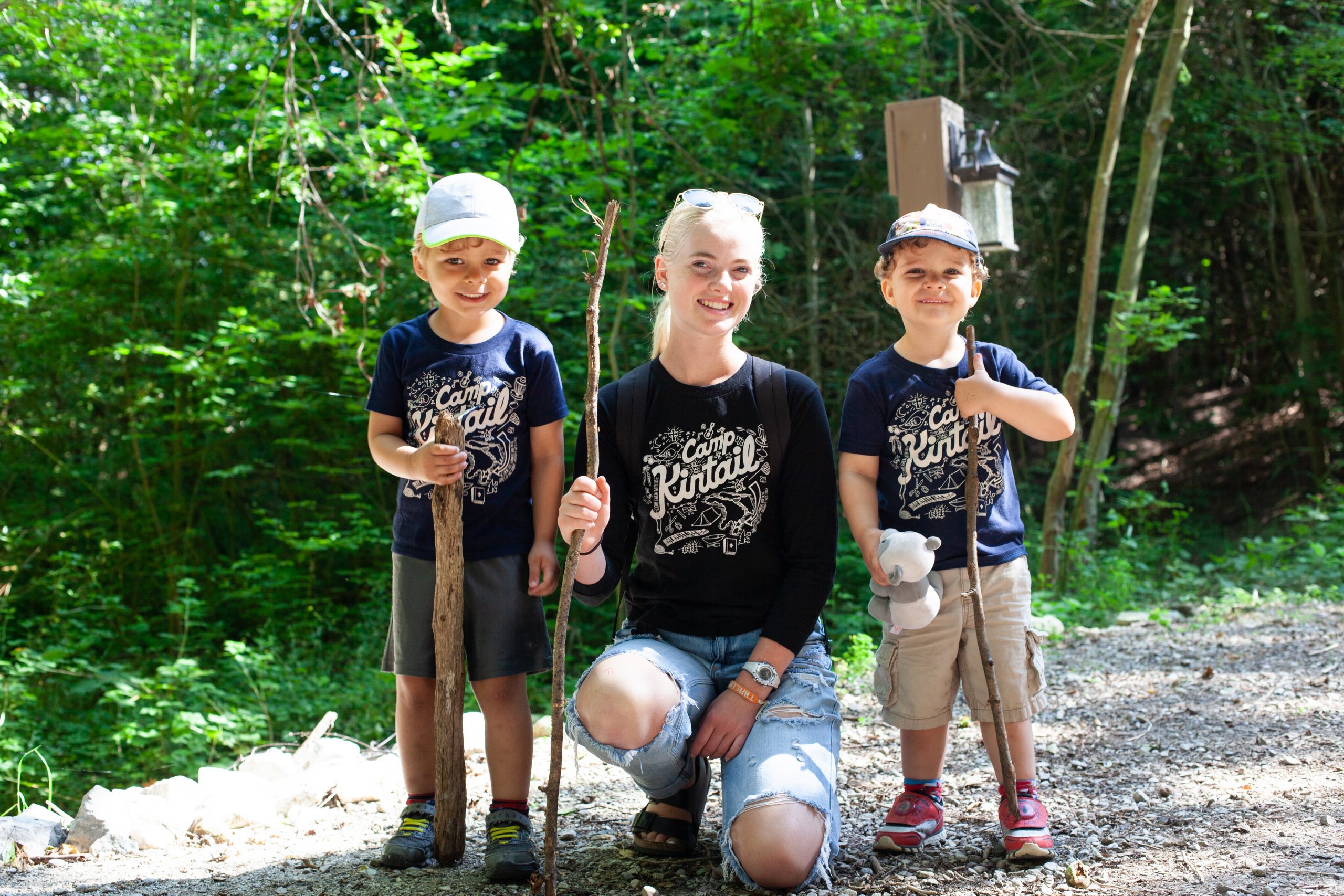 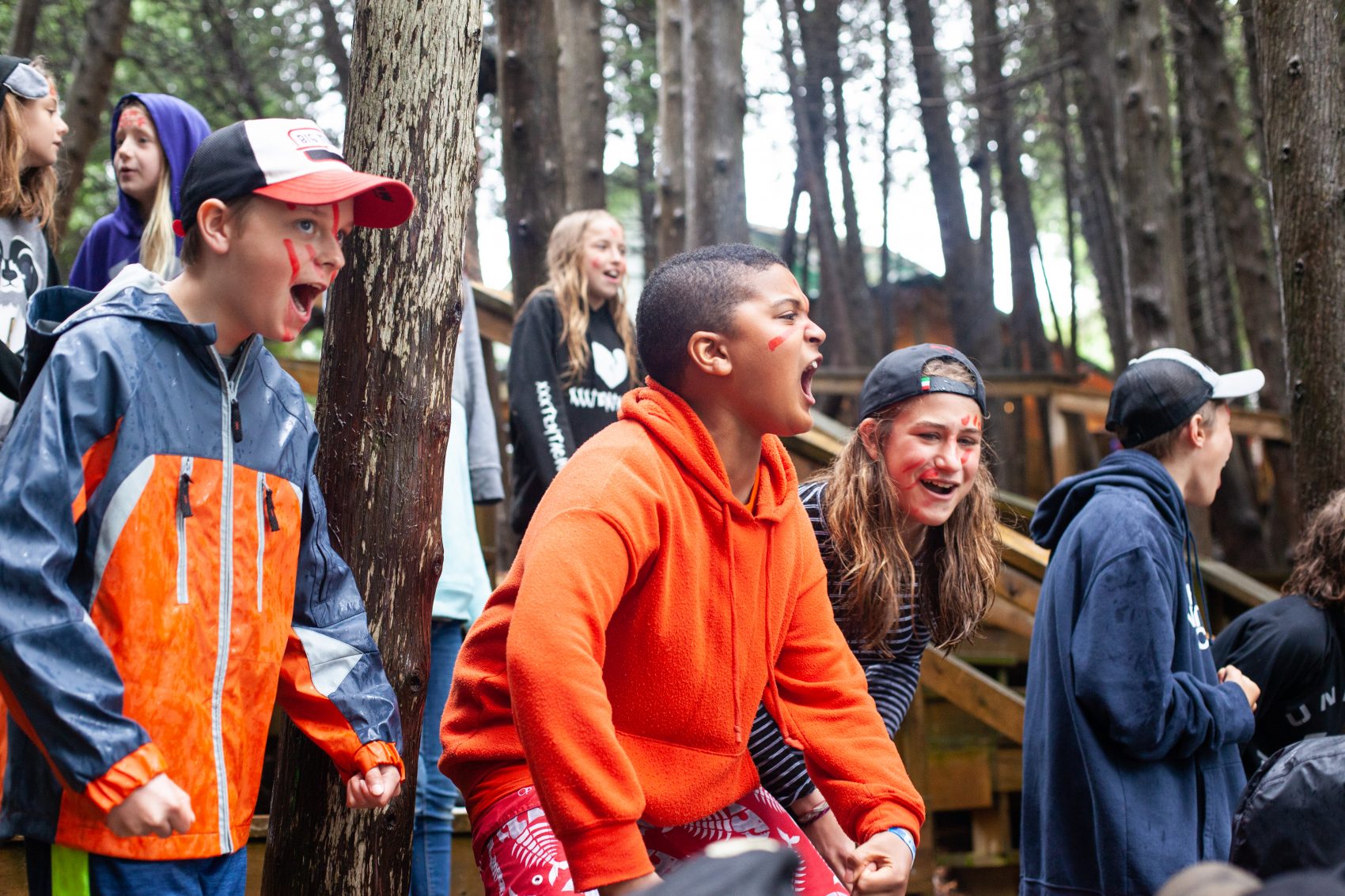 The following games will be especially fun if you have a bigger family, or if you have expanded your bubble. If you don’t have a large backyard, we recommend heading to a field or park if you can!

This high-stakes, high-sea adventure involves a little bit of DIY and a lot of fun!

Materials: Many small-sized balls (golf, ping-pong, bouncy balls, baseballs) or rocks and “battleships” (see make-your-own instructions below), something to mark the middle of the field

Each team has 4 battleships (depending on how long you want the game to take), which are rectangles of different lengths with cans or other containers attached. The paying field is split in half, one side for each team. Before the game begins, teams hide their battleships (not anywhere completely concealed or unreachable by the shortest participant). Once it’s placed, the flag can’t be moved by its home team. Each team also has a bucket of balls or rocks. The goal is to bring them across one at a time and place them inside the containers on the other team’s battleships, all without getting tagged. If you’re tagged, you must give the tagger your rock or ball, and return to your side.

Play the game within a time limit of your choice. When the game ends, tally how many of each team’s ships are “sunk” (all containers have a ball in them), as well as how many balls/rocks they got in the incomplete battleships. The larger the ship, the more points it’s worth if sunk, and each ball in a can is worth something as well. You decide the points!

Note on guarding: you may guard your battleship, but you must do so at a distance. always be at least 4 “starfishes” away at all times (see photo).

Build: Whether using planks or cardboard, cut rectangles to various lengths according to how many containers will be attached to each. Make 2 sets of the following:

Using glue duct tape, evenly space out and adhere your containers to the “ship.” If using glue, take a few minutes to hold the item in place and to let it dry before using. Follow the safety-instructions on the bottle. *Note: ONLY ADULTS SHOULD HANDLE SUPER GLUE.

Capture the Flag is a classic primetime game, and maybe even the most classic camp game of all time. Play it the tried-and-true way, or with some added twists!

Materials:  flags (even numbers per team…you decide how many). Anything goes! Pool noodles, bandanas, socks, old t-shirts…anything grabbable! The sky’s the limit. Something to mark the middle of the field

How to play: Divide players evenly into two teams, and divide the playing area into equal-sized territories, one for each team. Each team places/hides flag in their territory. Flags cannot be totally concealed, and they must be reachable by the shortest participant. Once it’s placed, the flag can’t be moved by its home team. When the game begins, players try to cross into opposing teams’ territories to find and take their flags back to their own side. Some teams might strategize beforehand and designate some players as seekers (who will go on the offense to try to find the other team’s flag) and others as guards (who will protect their own flag). Flags must be guarded from at least 4 “starfishes” away.

When a player is in an opposing team’s territory, he can be captured by that team’s players. If you are tagged, you must return to your own territory. If you are caught carrying a flag, you must give it back to be returned to its original location. The game ends when one team has successfully taken all the flags from the other team’s territory.