On the Courage of Trees – A Short Story by Fennec 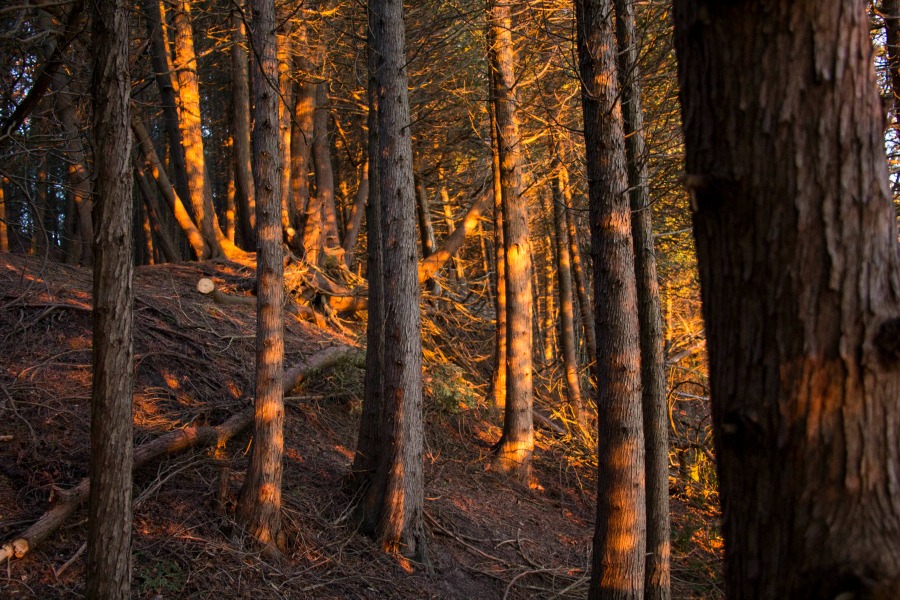 Eastern white cedar, silver maple, pine, ash, or birch. Imagine one of these trees as a sapling. It sprouts up one spring on a slope, above a glen. A very young thing, all twigs and small buds, with shallow roots. Every great tree in the forest looked like this once.

Imagine the tree interacting with time. As the seasons pass its branches stretch and its trunk thickens. Time passes naturally. Growth happens, naturally. It begins to look down on the smaller trees, and remembers its own youth, as though no time had passed. It shelters animals, birds, and insects from harsh weather. A family of blue jays it loves most of all. The tree cares deeply about these birds, and appreciates their company. It knows that it is not the biggest or the grandest tree, but it is content. It feels blessed because of the birds and the smaller trees. It is strong.

Imagine the tree ageing. Its branches sag, and while the insects still find food and shelter in its rot, the birds and animals have left. On an unremarkable day, when no one is around to hear, the tree falls. There is a loud crack, then a succession of smaller cracks as its branches snap under the weight of its’ thick trunk. The sound echoes, and then, there is a moment of silence, ringing still. Eventually, birds begin to sing from another tree. Life, in general, goes on.

The tree remains, dead on its slope above the glen, for quite some time. It is peaceful and quiet, but it is lonely. The tree can sometimes hear voices in the summer months, children’s voices, but they are far away. It remembers children playing in the glen from when it was a small sapling, but they stopped coming by years ago. They forgot about this part of the forest.

Then, the next summer, things change. All of a sudden, there are people in the tree’s glen again. People in parts of the forest they haven’t been in a long time. There is sawdust, and loud tools, and shovels. There is construction and creation – growth. The tree remembers growth.

And, the tree remembers, there is courage in growth.