Celebrating 150 years of the Rec Hall 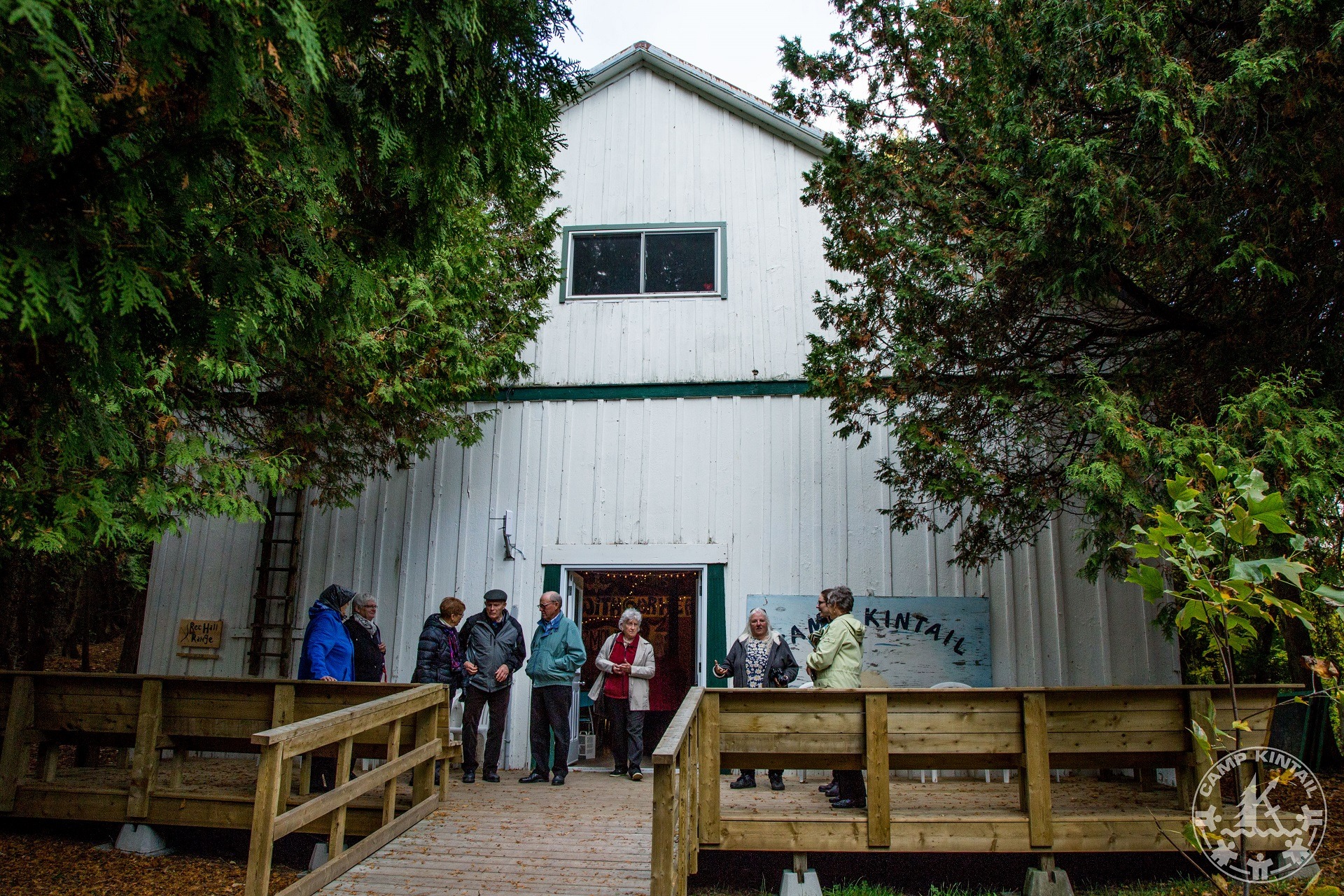 We had a wonderful afternoon on October 23rd, as we welcomed camp alumni and neighbours to celebrate the Rec Hall, formerly known as Eadies’ Presbyterian Church. From prayers written 150 years ago to songs familiar to this summer’s campers, the service was a wonderful time to reflect on what the four walls of the Rec Hall have witnessed. It was a delight to welcome former members of the congregation and to hear their stories. The great-great grandson of one of the builders of the church was even there. Did you know that the builder was just 22? He did a great job erecting a building that has stood the test of time! The church was built for $187 with the members providing the labour. It was moved in 1946 to the camp, which had just been in operation 17 years at that time. The beams were so long, they couldn’t make the turn in Lucknow, and so had to go through Lochalsh.

Here are words written on the 75 anniversary of the congregation and are still true today:

“During these seventy-five years this church has continued to be a vital factor in the development of real sterling Christian character. The children and grandchildren of those pioneers are still carrying on the work that was inaugurated seventy-five years ago. Many young men and women have gone from this community to the cities and other parts of the dominion, and the training they received in this church and in the Christian homes from which they have came have made them leaders for the cause of truth and righteousness. This church has been the spiritual life of the community, and only God, Himself knows what it has contributed towards the development of the Kingdom of Jesus Christ. It is still exerting an influence for the best things of life. And we who are entrusted with this task, rededicate our lives to this great work. And may it be said of us by the generation following, that we were not found wanting during the time when the world was passing through a great testing time.”