Our Directors, Full-time Staff & Camp Board 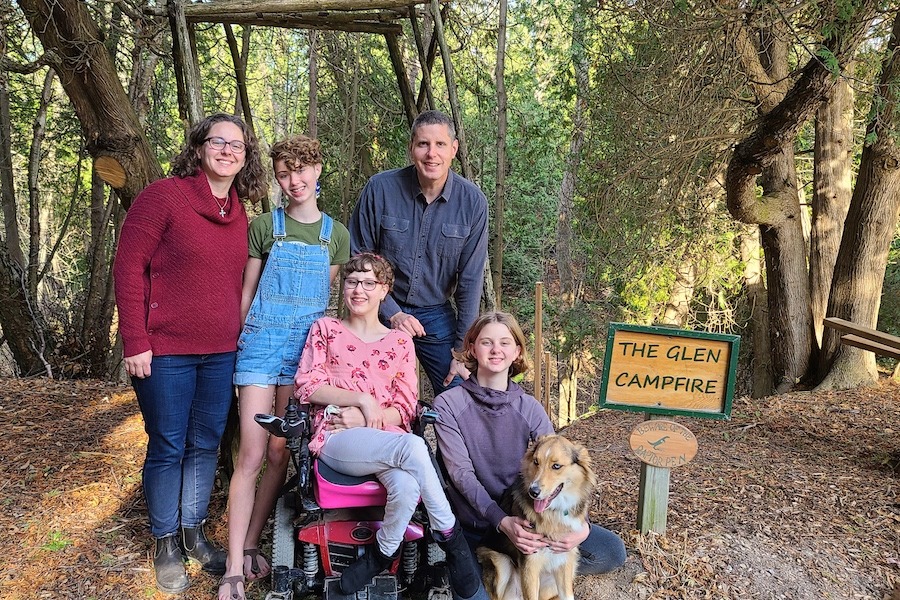 Rev. Theresa McDonald-Lee and Johnathon Lee began their work as the Co-Executive Directors of Camp Kintail in November 2007. Theresa is a long time Kintail camper, LIT, and staff member. She attended the first Kintail Family Camp as a three year old and has spent part of every summer at camp since that first experience. Theresa filled several roles on the camp staff including Counsellor, Lifeguard, On-site Out-tripper, Leader in Training Resource Counsellor, and Assistant Director. She then spent three years as the Director of Presbyterian Camp Douglas in British Columbia. 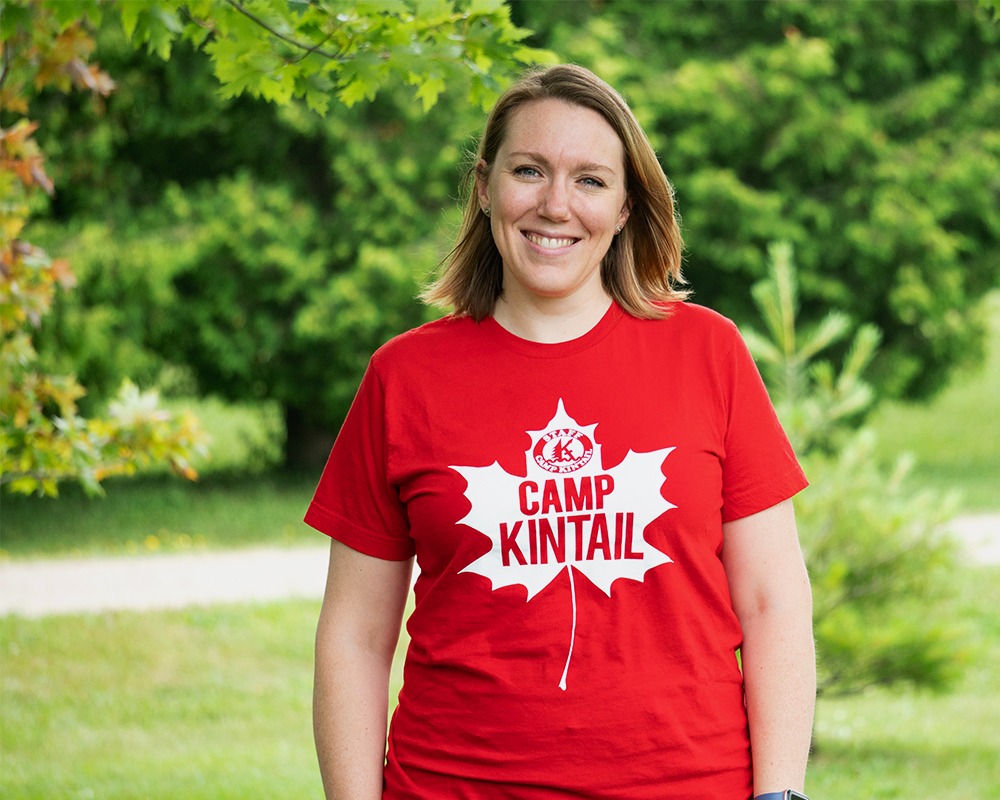 Shelagh “Flame” O’Neill first experienced Camp Kintail in 2000 when she attended a youth group weekend with her church. She returned to Kintail the following summer as a camper and has spent a part of every summer at Kintail ever since. She joined the Kintail staff in 2004 and worked as a Counsellor, Lifeguard, Waterfront Director, Offsite Trip Director, LIT Resource Counsellor, Head Counsellor and Assistant Director. Shelagh graduated from the University of Guelph in 2011 with a Bachelor of Science degree in mathematics & physics and from there continued her education at Nipissing University. After graduating with a Bachelor of Education degree Shelagh accepted a position at a high school in Salwa, Kuwait teaching math and science. From there, she moved to the island of Gameti, Northwest Territories where she enjoyed teaching for three years. Having lived away from Ontario for four years, Shelagh is thrilled to be called back to outdoor ministry and is happy to be home at Camp Kintail. In her spare time Flame loves reading, baking, beading, hiking, canoeing, snowshoeing and singing (really loud in the car)! 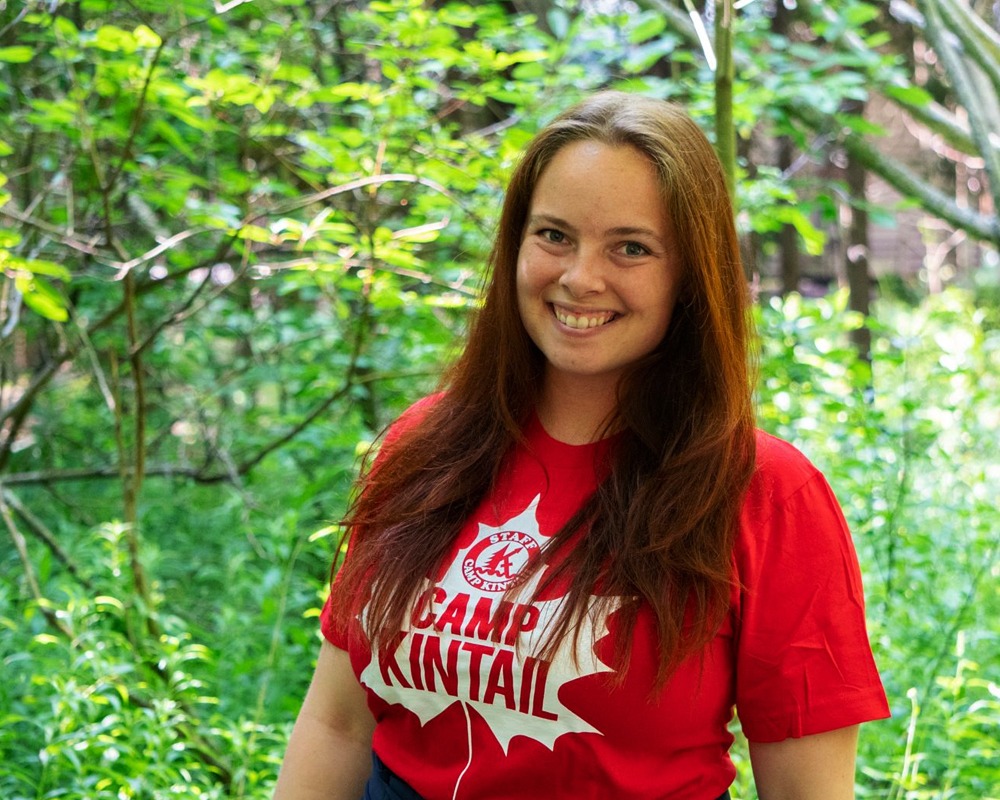 Christin “Hydra” Gillard arrived at Kintail just in time to see the camp break ground on the Nest, and has loved working on site ever since. Christin has her Honours Bachelor’s Degree in Media Communications from the University of Guelph and a Diploma in Media Studies from Humber College. Originally from Mount Brydges Ontario, Christin grew up attending North Caradoc Saint Andrew’s Presbyterian Church Strathroy where she served as a ruling Elder, attended General Assembly as a Y.A.R. and has written articles and blog posts for the Presbyterian Record. She spends her time at Kintail working with registration, managing the media accounts and website maintenenance, as well as all the other tasks that make Kintail so engaging and fun! 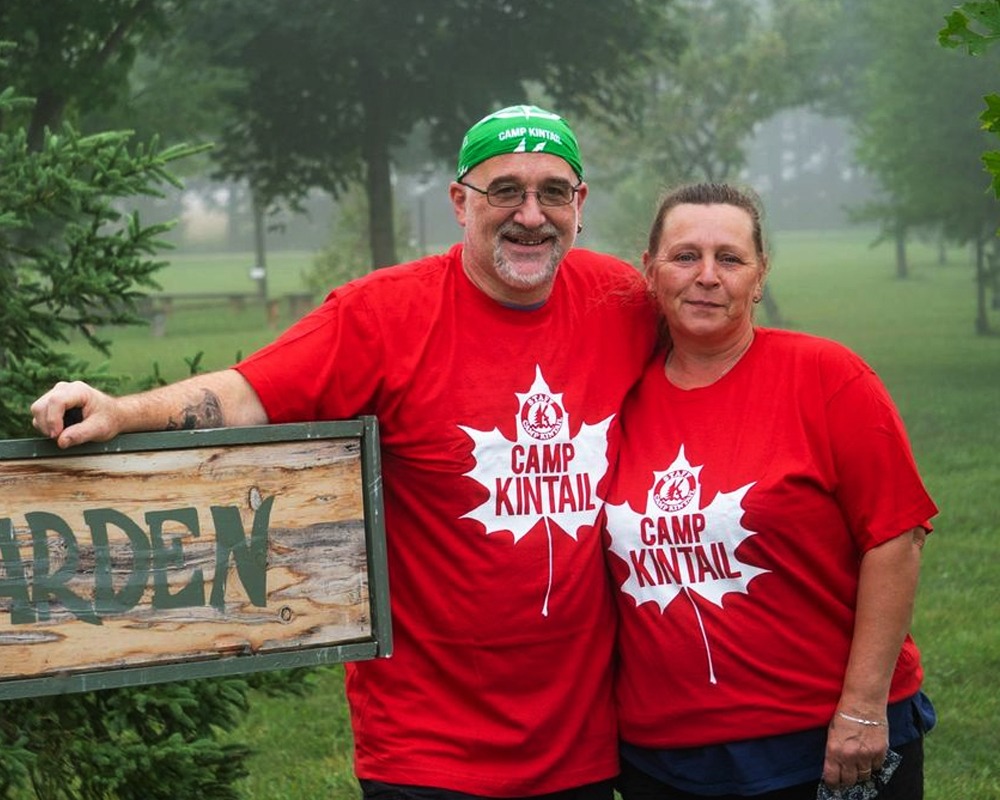 Mark “Lobo” Mertens grew up near Peggy’s Cove Nova Scotia, but moved back to Ontario in 1989. He has worked in the Food Services industry for more than 37 Years, with 20 of those in the Camp and Conference Centre setting. While in Nova Scotia, he attended the Nova Scotia Institute of Technology and earned his degree in Food Services Technology. Mark developed his skills in university residences and restaurants, and received the Red Seal Certification in 1996. Working in the catering business, he had time to work in summer camps for summer, both large scale and specialized (Easter Seals). In 1997,Mark was approached by Fair Havens Ministries to become their Food Services Manager and Executive Chef, working there for 18 years in that capacity. 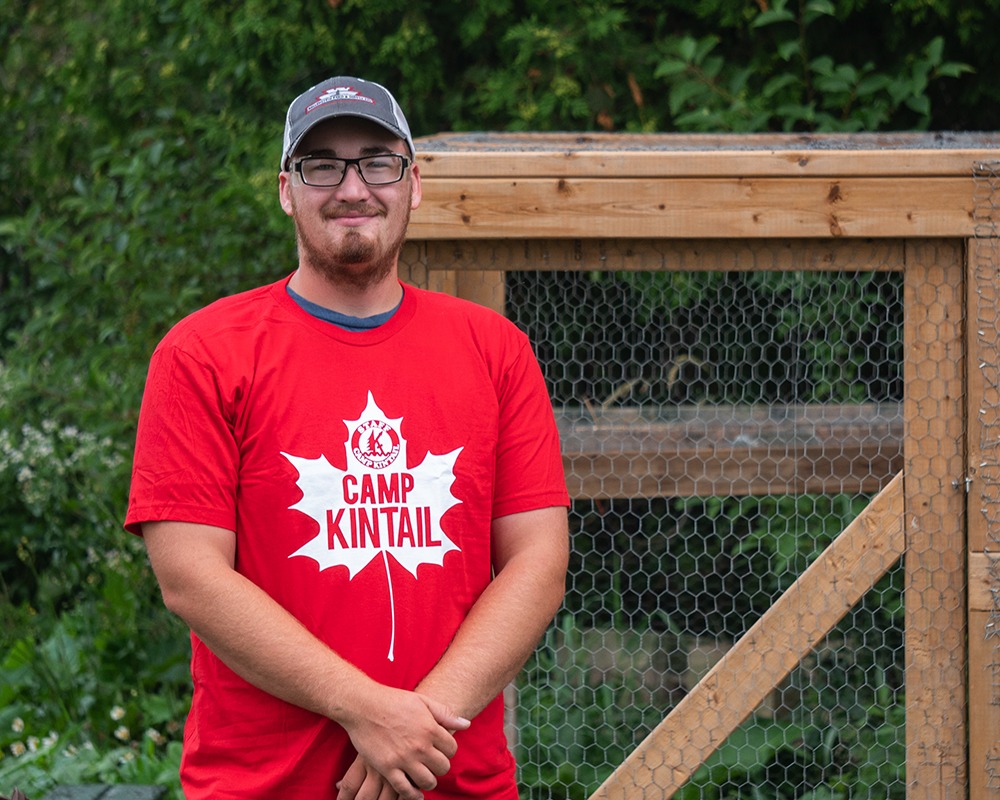 Craig “Ari” Ludington is excited to spend his fifth summer at Camp Kintail serving as the interim site manager! He has lived at Kintail year-round for the last two years and is excited to spend another helping to maintain the site and be involved in various programming. He looks forward to spending time out at the high ropes and can often be found enjoying the solitude of the lawn-mower. A jack-of-all-trades he can often be found repairing something one minute then helping in the kitchen the next. Craig is excited for all of the staff to return in the spring and always looks forward to connecting with campers each summer. 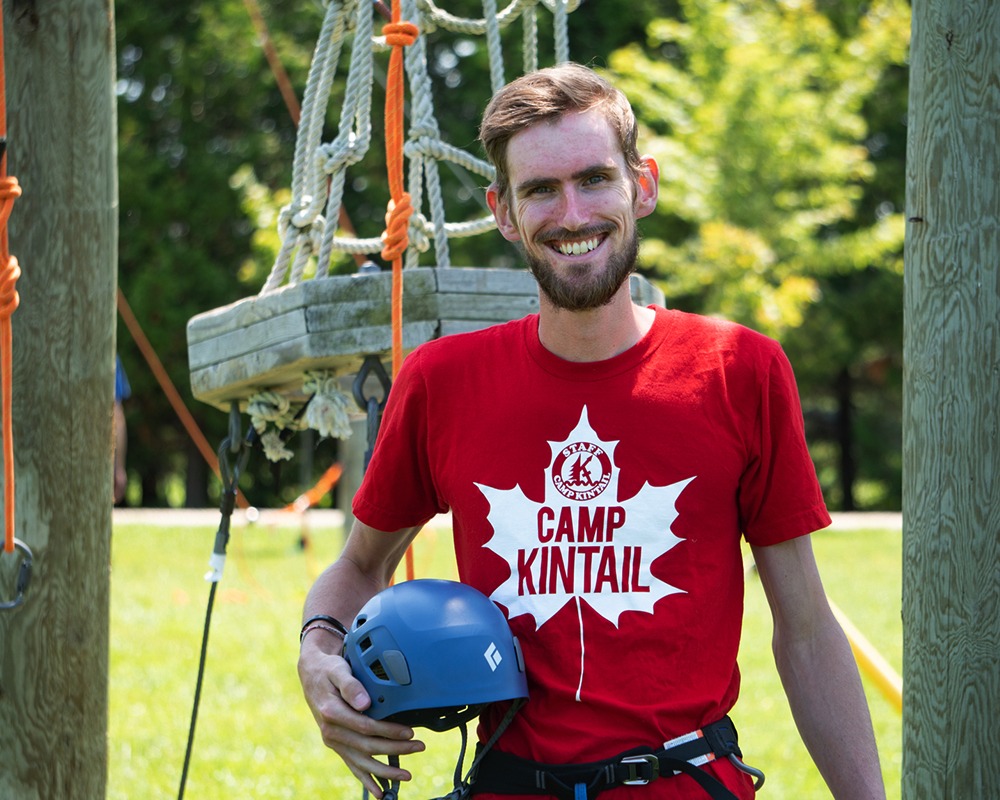 Chris “Eldur” Bridgwater hails from rainy England and is excited to enjoy the Canadian weather! His first experience with camp was the summer of 2010 at Camp Westminister in Michigan. He spent the next 6 summers doing a variety of jobs at Westminister – from Head Counsellor to Media Specialist and Expedition Coordinator.

In 2019 Eldur joined us at Camp Kintail as one of our Leader In Training Resource Counsellors (L.I.T. R.C.). He now is our Assistant Director of Adventure-Based Learning, encouraging and challenging campers to reach their goals! Eldur enjoys rock climbing, cooking over a fire, and well – pretty much anything outdoors! If you are trying to find him, he can usually be found helping Titan out at the High Challenge Course, leading an Outdoor Living Skills session, or just generally helping out around the site where needed. He loves the camp community and can’t wait to deepen his roots in the years to come!

The Camp Board works year-round to further the ministry and mission of Camp Kintail.  The board is responsible for the financial oversight of the camp and the policies and procedures that guide the work of the camp.  The board members commit to supporting the camp financially, prayerfully, and through their time and skills.  They represent the Presbyterian Church throughout the Synod and include both lay and clergy members.

Each year the board and Camp Directors report to the Synod of Southwestern Ontario.  The Report for 2021 can be read here: Synod Report – 2021 (Final)